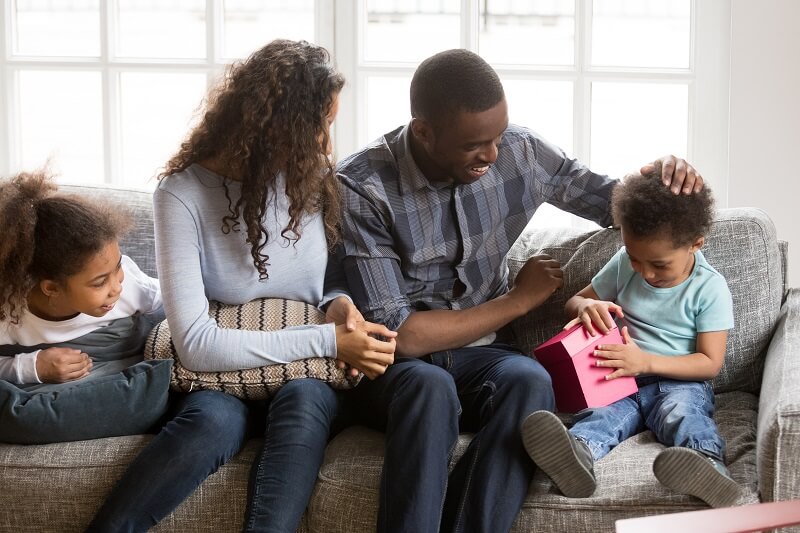 #ILoveMyFamily: This Landlord Wahala Must Stop!

We left our former place because the Landlord insisted we pay two years rent in advance at the expiration of our first-year rent. We couldn’t afford it. I went to his house to plead but he said we pay or move out of his property. He was so arrogant and insulting. I left his place and went home to meet my wife, Chidinma.

When I narrated my ordeal to my wife, she was furious. It dawned on us that it was high time we started making plans to own a house – the way most Landlords treat tenants in this part of the world, one would think it’s a crime not to own a house. But before that, we needed to get another place ASAP. I told my new Agent to help look for a good place.

Two days later, he called and took me to a house a few miles away. I liked the building. It was more spacious. We were ready to pay and move in but the Agent said the Landlord would like to meet me in person. He booked an appointment with the Landlord and we were scheduled to meet him the following day by 6 pm at a popular bar where he usually relaxes in the evening.

On the scheduled day, we were already seated at the bar waiting for my new Landlord-to-be. We waited for an hour and there was no sign of him. My Agent called him, he said he was close by. I was getting uncomfortable with the smell of cigarette and alcohol that filled the air.

The moment our eyes met, he was as shocked as I was. My Landlord to be is my present Landlord. I looked at my Agent and asked, “Is this the man we have been expecting?” He answered, “Yes.”

The Landlord looked at me and left. The Agent was confused, and I had to explain everything to him on our way home.

“Do you have any other place?” I asked

The following day, the Agent took me to another house. The Landlord of this house stays abroad and when we spoke on the phone, he was friendly. It was a good place but a bit more expensive. After payment and cleaning, we moved in.

We were determined to make a move towards having a house of our own by saving for it as a long term goal. I consulted a friend who already own a house, on how he was able to achieve it; he said he was able to save for the house by using ARM Saving Plan. He said with the plan:

I will get a tax free lump sum of all your investments and interest at the end of the Plan which is then used to fund your expenses;

I will be paid a lump sum if something happens to me (critical illness or Permanent Disability);

I can access my money during the contract period (at no charge only after three years). In addition, the policy allows me to access to 25% of whatever my account balance is on an annual basis;

I will get a guaranteed return on investment with attractive rates.