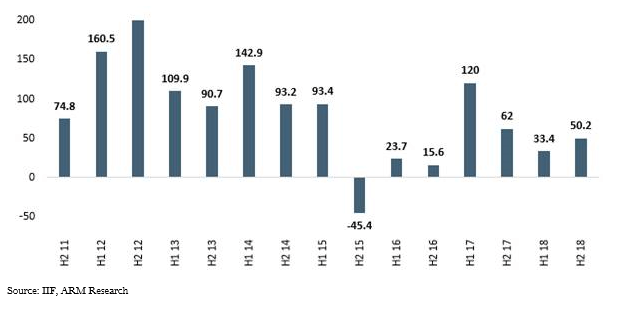 FG targets $2bn from oil block licence renewal: The Minister of State for Petroleum Resources, Dr Ibe Kachikwu, has said the Federal Government is targeting about $2bn from the renewal of oil and gas leases.

Refineries’ funding: NNPC, investors disagree on commercial terms: After spending over one and half years negotiating with financiers for the revamp of Nigeria’s refineries, the Nigerian National Petroleum Corporation on Wednesday declared that it could not agree with the investors on the commercial terms of the transaction.

CAC: Passage of CAM Bill Will Boost Ease of Business: The acting Registrar-General, Corporate Affairs Commission (CAC), Azuka Azinge, Wednesday commended the National Assembly on the passage of the Companies and Allied Matters Bill by a concurrence.

AfCFTA: Our position remains unchanged until wide reaching sensitization, proper assessment – MAN: The Manufacturers Association of Nigeria, MAN, yesterday said its position remains unchanged on the issue of African Continental Free Trade Area, AfCFTA, that government should not sign the Framework Agreement until wide reaching sensitization and proper assessment are conducted on its impact on the economy and the manufacturing sector.

CBN issues banknote fitness standard, withdraws bad notes from circulation: The Central Bank of Nigeria (CBN) has published the guidelines on banknotes’ fitness and tasked all deposit money banks, microfinance banks and other cash handlers to comply with the directive.  The CBN also indicated that all unfit notes should be returned to its coffers for destruction or recycling.

Customs to sue insurance firms over N1.8bn unpaid claims: The Comptroller General of Customs (CGC), retired Col. Hameed Ali, has said the service will pay N1.819 billion claims to families of deceased officers between 2009 and 2014, and sue four insurance firms that had defaulted.

China’s services activity picks up in January – official PMI: Growth in China’s services industry picked up for a second straight month in January, an official survey showed on Thursday, reflecting some pockets of strength in an economy that is cooling under pressure from weak demand at home and abroad.