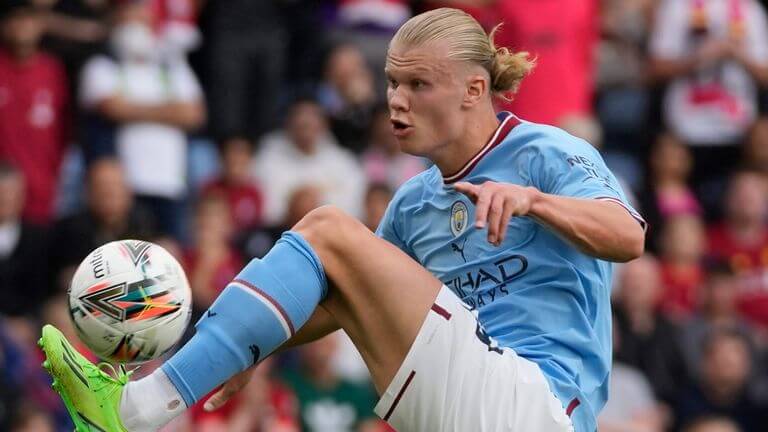 If Erling Haaland was a Stock: Three Lessons for Stock Traders

When Manchester City announced the signing of Erling Haaland from the German Bundesliga club Borussia Dortmund in May 2022, English Premier League fans all over the world knew it was a good buy judging by the player’s goal-scoring record. But some fans were a bit skeptical, and they had their reasons.

The English Premier Leagues is known for its competitiveness which sometimes makes it difficult for strikers to score goals every week. Also, it usually takes players joining from other leagues a long time to adapt to the tenacity of the EPL. These skeptical EPL fans argued that Haaland would score goals but not as easily as he did at his previous clubs. Haaland went in to clear all doubts with his outstanding 9 goals  in 5 games thus far, making record in the process.

Imagine Erling Haaland as a stock.

Manchester City FC bought Haaland with a sum of 51 million pounds, and as at the time of writing this, Haaland’s market value has risen to 160 million Pounds. This means that if Manchester City FC decides to sell Haaland today, they will be selling him for nothing less than the latter price. Huge deal if you ask us!

Don’t forget that his value is likely to go higher before the end of the season if he keeps scoring goals at this rate.

So, what lessons can every stock trader learn from this?

1. Go for the tested and trusted stocks: Historically, Haaland is known as a goal machine. Let’s look at his historical performance below:

You can see from the above that he is a tested and trusted goal scorer.

As a stock trader, before you decide to buy a stock, first look at the stock’s historical performance. Don’t jump to conclusions based on the stock’s current spike. Study its past trends to know if the recent positive performance won’t end up as a flash in the pan.

2. Always get a good bargain: Everyone agrees that Man City’s 51 million pounds for Haaland was a good bargain. We have seen other clubs paying way higher for players who are not half as good as Haaland; example being Chelsea’s 97.5 million pounds spent on Lukaku who could only give them 8 goals throughout last season. He had to be shipped out on loan because he didn’t give the expected ROI.

As a stock trader, always go for a stock that is worth the price. Don’t make your decision in haste. Do your research and ask questions before you make a decision.

3. Take the risk: We cannot deny that every form of trading is all about risk taking. Though Haaland had never played in the English Premier Leagues before, Manchester City FC still took the risk by signing him. He is now proving to be a good risk thus far.

Sometimes as a stock trader, you need to take a risk, albeit a well calculated risk.

Visit ARM Stocktrade to start investing in stocks and getting proven market research to help you grow your wealth.