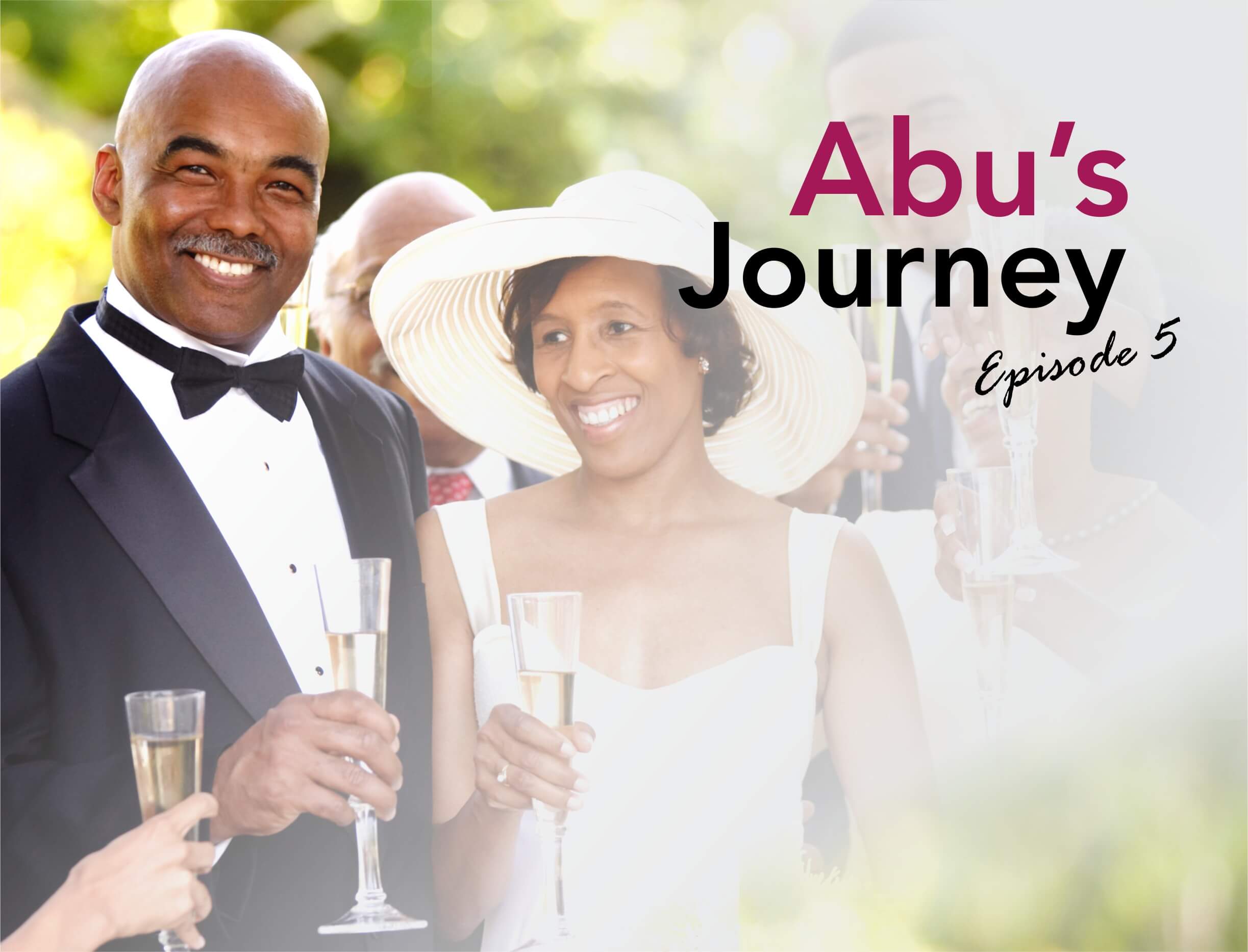 In Episode one, Abu was just passing out from the compulsory 3-weeks orientation camp. Episode two sees him counting the days until NYSC is finished. In Episode three, Abu goes full mode job seeker. In episode 4, the job market tide turns favourably for Abu. Now in this final episode, we go through with Abu to see what his future becomes. Read on…

Life was smiling at Abu and he was smiling right back. He was living the dream he had from way back in the university. Judging by his colleagues from school and their progress, he wasn’t doing badly.

With 6 years spent at DKY Oil and Gas, Abu had gained some financial muscle and a befitting title. But knowing Abu and his hunger for success, satisfaction was still not gained. He needed more. He was a realistic guy who understood that life wasn’t all smiles. He knew to expect the unexpected and this thought always had him constantly searching for ways to bulk up his financial strength so that the twins will have the life he desired for them.

As he thought of possible ways to do this, life had other plans.

When Abu got to work the following week, the atmosphere was apprehensive. Abu dropped his bag in his office, slammed the door and went straight to his superior’s office.

The hairs on the back of Abu’s neck stood as he pressed on, “Ah ah, boss what could the problem be”. “Haven’t you heard? Because of that issue of crude oil’s depreciating value, we have orders from above to start downsizing. Omo, even my hands are tied on this one. I don’t know who the bullet will hit.”

After the discussion with Razaq, Abu went to his office and put on his thinking cap. Perhaps this news was the push he needed to launch forward with his plan.

Abu quickly dialed Stoneface. “Hey my guy, how far? How’s wifey and the boys? Baba, we need to meet asap. Remember that importing and exporting business we spoke about the last time?” Stoneface responded in the affirmative. And Abu continued “I think it’s time to flesh out that skeleton.”

Yinka had always wanted security both financially and otherwise, so when Abu told her of the shake in all the oil companies and how this could affect him, she also went into thinking mode.

With the twins seven years old and in Primary school, Yinka had changed jobs three times. Now, she had joined forces with Felix, her friend from secondary school who was skilled at creative and graphic designs to float IDEAZ. While she managed Copy as the Copy chief with her network of freelance writers, Felix did the design bit.

This helped Yinka have some flexibility with her various roles as parent, wife and business owner. She had followed their savings culture always putting away something monthly. Their two houses were bringing in decent income too, but she knew they couldn’t relax into that comfort. There was more work to be done.

With this in mind, Yinka threw her full support behind Abu and despite the stiff competition in the Importing and Exporting business, Abu and StoneFace managed to dine with the movers and shakers in the industry. Soon, jobs started coming in and Abu founded ABKA Import and Export company.

With each contract he delivered, Abu knew he could do better and, so he did. While the uncertainty in the sector remained, Abu built his company doggedly while making sure to deliver on his duty at DKY Oil and gas. But a miracle happened.

The sector soon became stable and some staff got promoted. Abu was one of the lucky ones.

He got the best hands to manage ABKA while he worked hard to prove to his bosses that he deserved the promotion.

This all seemed like it was happening a lifetime ago as Abu and Yinka gave away their only daughter Hadizat in marriage to Jeffery Daniels, the son of the Lagos state governor.

While the couples danced, Yinka poked at Abu “Hey handsome, have a dance with me na”. Abu came back from his journey down memory lane, grabbed the wife of his youth by the waist and swung her around to the amazement of those watching.

“Now that our work with the children is done, and the business is growing stronger, we should make the best of our retirement and go on that world tour we planned. Our Pension Fund Account with ARM Pensions is juicy enough to handle it. What say you, babe?” Yinka laughed, threw her head back to catch a glimpse of her daughter dancing now with her twin brother Ahmed and responded “Yes sure. After all these years, I think it’s time too. The tomorrow we’ve prepared for is finally here and it’s looking really good.”

Before Abu could affirm, Ahmed swept his mother away to the dance floor “Come with me, pretty lady. I want to introduce you to the babe that rocks my world, second to you of course.” Yinka laughed and pinched his face.