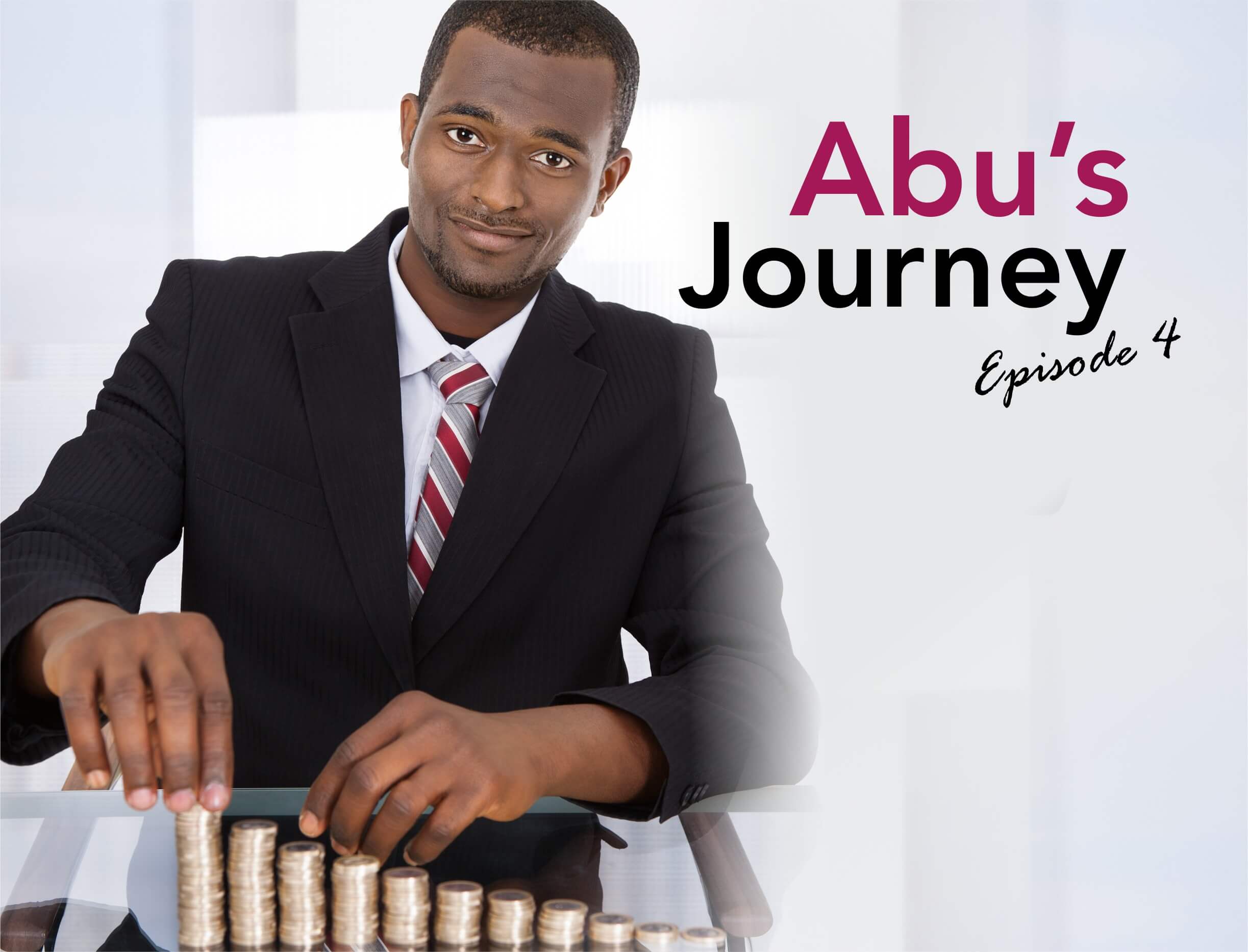 In Episode one, Abu was just passing out from the compulsory 3-weeks orientation camp. Episode two sees him counting the days until NYSC is finished. In Episode three, Abu goes full mode job seeker. Now in this episode, the job market tide turns favourably for Abu. Read on…

Work had started in earnest for Abu and he was enjoying every bit of it. The first week, all official bits with Human Resources had to be taken care of. While other new intakes searched the ceilings when it was time to choose their Pension Fund Administrators (PFA), Abu proudly filled out his ARM Pensions form. He has had this company on his radar since his days as a youth corper when their Job hunter series kept him company and he saw himself doing great things with them.

The second week, pure engineering work began. Understanding the job description wasn’t an uphill task for Abu who had wanted this for too long. In the few days he had been at work, his superiors were already noticing him. His constant volunteering for tasks, asking relevant questions and making sure every ‘T’ was crossed and every ‘I’ was dotted made him ‘special’ in the eyes of his managers. But it was still too early to judge, so they all silently watched and scored him behind the scenes.

The first 3 months came and went too fast for Abu. He had spent most of it getting used to work, studying his managers, knowing his way around work and plotting his next move to claim Yinka for himself for good.

Stoneface, his friend with the permanent frown came in handy for the plan to win Yinka. Stoneface’s uncle owned a big advertising firm in Lagos and he had resumed there after his service year. Now, Abu needed a favour from Stoneface and he called it in.

Stoneface had no qualms about it. He spoke to his uncle about a certain brainbox named Yinka who would take his Creative department to another level with her copywriting skills. Intrigued, his uncle demanded to see her work samples which Stoneface fished out from her portfolio on LinkedIn. Mr. Lukman perused these creative pieces for one week and decided that this talent was worth wooing.

So, he made the call.

When Mr. Lukman mentioned his name, Yinka couldn’t believe it. She couldn’t understand how a company CEO would call when his company had a Human Resource department. But seconds into the conversation, she realized it was no prank. She quickly sat on the edge of her seat and instantly began to stutter.

“Can you come to the office for an interview next week Friday?” he asked. “Yes, sir. Of course, sir. Definitely sir. Thank you sir” she rambled on. “Okay great. See you then.” And the line went dead.

Yinka stared at her phone. “What just happened?” she thought. Then as if on autopilot, she dialed Abu. “Abu, you can’t guess who just called me.” She rushed on. “Who?” Abu asked.

“The CEO of ThinkIt advertising. Can you believe it? He wants me to come to Lagos for an interview” Yinka said excitedly.

“But will you come?” Abu asked. “Before nko. Is it this 70k they are paying me here I will survive with? Omo, no dulling o” answered Yinka.

Abu smiled knowingly. His game plan was in place.

But he had some big plans to make. If he intends to give Yinka the life she wants, he better begin planning towards it.

With this thought in mind, he turned to investment options. With his investment growing surely and steadily, and his retirement savings account maturing with each quarter, he was sure he had started off right.

Strides into the future

Everything happened too fast for Yinka. Looking back, she couldn’t believe she now worked as Senior Copywriter for ThinkIt Advertising, a position she earned after 4 years of blazing trails. Her baby’s cry brought her back from la-la land and she smiled as she picked little Ahmed up with care not to wake his twin sister Hadizat. He was the spitting image of his dad and Abu always made sure he sang it out loud everywhere he went.

Abu not only took pride in the family he has but also in his consistent climb up the career ladder. In four and a half years, with several professional trainings abroad, a few big oil and gas companies made moves to poach him. He finally settled with DKY Oil and Gas where he became a ‘big boy’ earning a 7-figure salary with mind-blowing benefits.

Having learned all there was to know about wise investments and how it ensured a financial future from ARM, Abu took the big step. He went into real estate investing along with his wife.

He was living the dream and didn’t need any unforeseen interruptions especially regarding the future of his children. So, when Yinka suggested an education savings for their two children, Abu was on board. He was all for plugging every leak after all.

(Will anything happen to stagger this beautiful life that Abu has built? Find out in next week’s episode of Abu’s journey)