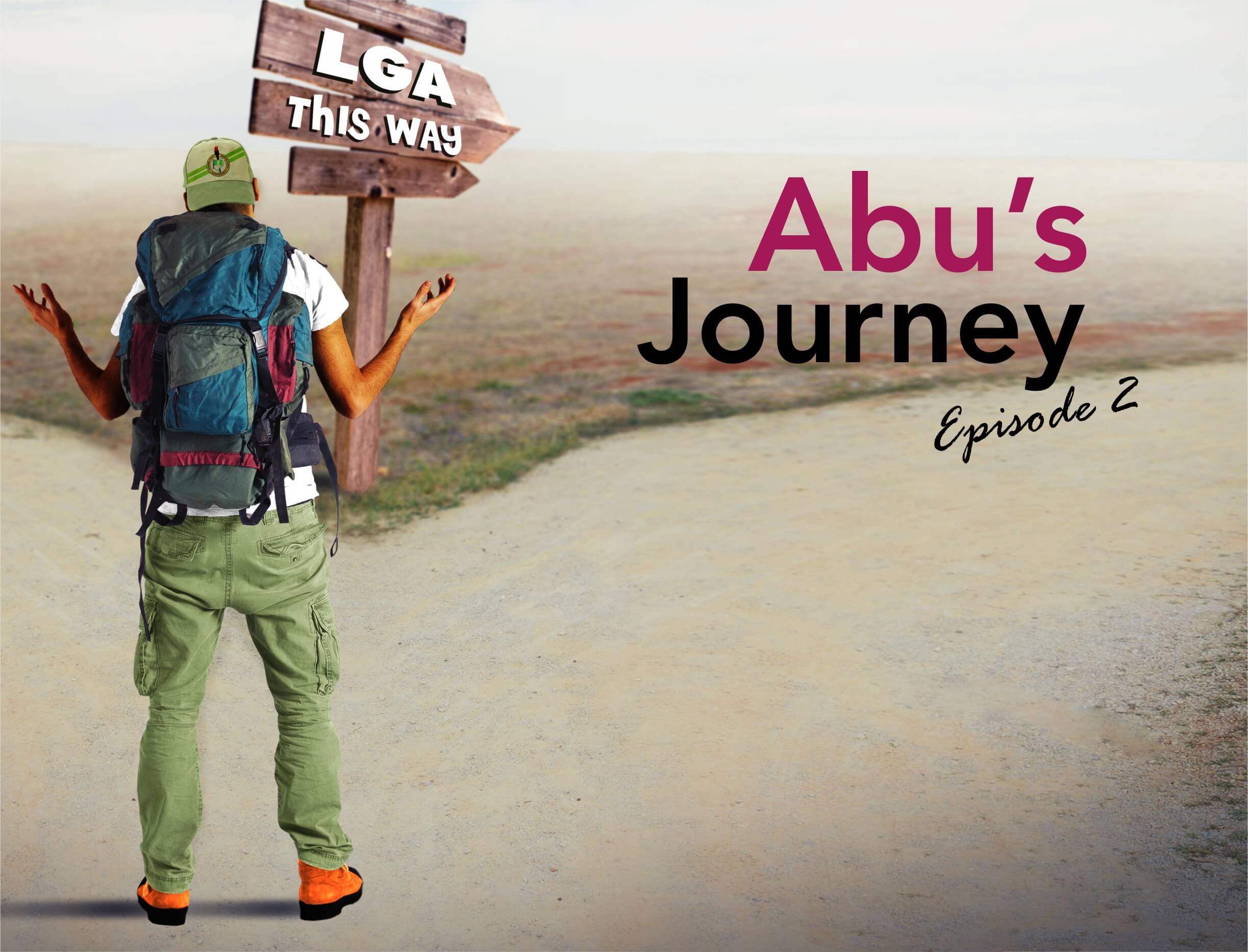 Did you miss Episode one? Read it here

A few hugs and tears later, Abu and Yinka were on separate buses to their respective Places of primary assignment.

Abu wasn’t so sure of the folks posted to the same village with him. They didn’t appear lively. He tried to make conversation but got monosyllabic responses. “Ha! My own don finish” he thought.

Relaxing to the weirdness of his colleagues, Abu dozed off. It must have been about 3 hours of sleep before Abu woke to discover they were still in transit. “Wharrahell!!!” he mused. Turning to Fayose seated right beside him, he nudged him asking “Guy, we never still reach?” Fayose responded “Omo, na so me sef see am o… whether na hell we dey go, I no know”.

Less than 5 minutes after their brief complaints, the rickety bus came to an abrupt halt. “We don reach fa” shouted the driver. “Oya, come dan”, he continued impatiently.

Abu and his colleagues alighted and met their first surprise. Kankara corpers camp was set almost away from the village in a wide expanse of land. Abu threw his hands up in exasperation and shouted “Save me Lord”… His voice echoed back at him.

He immediately brought out his mobile phone to call Yinka and lament his predicament. Then the second surprise hit him. There was no connection for his network. “What??? Just kill me now now” yelled Abu. More complaints from his colleagues filled the air.

Resigned to fate and finally settling in to the warm welcome of the Batch B corpers that were already there, Abu and his colleagues got succor with the news that they could access alternative mobile networks. Finally, he could call Yinka!

Slowly but surely, the service year rolled by. Abu poured himself totally to teaching his students, even though sometimes he had to practically use sign language for the not-so-bright lads who understood only Hausa language. His students loved him, personality and all. The ladies cozied up to him. How wouldn’t they? Abu was the complete package. But Abu wasn’t here for all that. In the absence of fun, all he could look forward to was seeing Yinka again and finishing NYSC.

Headcounts were so exciting for him because he got to see Yinka. The excitement tripled when he realized Malunfashi was just 40 minutes away from Kankara. Meaning more frequency in their meeting.

Joe the ‘Stoneface’, his close friend serving in Lagos and nicknamed for having a permanent frown made his week by regularly sending the video link to ARM Pension’s Diary of a job hunter series acted by Fish. Abu would forget his sorrows as he laughed so hard with Yinka each time they watched the video together, then proceed to write down the lessons learnt. They were both bent on never being in Fish’s predicament when they finished youth service.

What started as a friendship between two like minds soon became complicated.

Abu didn’t understand how he felt. A chronic ‘playboy’, he refused to admit that his sudden fondness for Yinka had become love. Yinka on the other hand, told herself she didn’t share the passion. She had a bae and wasn’t prepared to bail on him.

So as months flew by and the end of NYSC neared, Abu feared for his fate. He had waited for the end of youth service desperately and now that it was here, he felt an emptiness. He thought of his journey back to Lagos and Yinka’s move back to Abuja. Would he ever see her again? Did their relationship mean enough to her?

These thoughts ran ceaselessly in Abu’s head as he prepared for Passing Out Parade. Even though he tried to tell himself that the feeling will pass when he got back to the groove in Lagos, a part of him said otherwise.

“Yeah babe, I miss you too and I love you” Yinka cooed to Tony her boyfriend of 3 years. This time though, there was a catch in her voice. Did she really mean what she just said? Yes, she liked Abu a lot, but why did it feel like she felt more?

Packed up and ready to wave goodbye to Katsina, Abu and Yinka made their way back to the orientation camp in Katsina town for the Passing Out Parade and collection of their NYSC discharge certificate.

The place was buzzing with activities and the march past was in progress. Soon, corp members began collecting their certificates.

A few hours later, with certificates tucked inside their bags, Yinka and Abu flagged a bus back to Kankara. Yinka would take another drop from there to Malunfashi, before leaving finally for Abuja. The ride back was made in silence. For a duo that always had a lot to discuss, it was a weird occurrence.

When they got down at Kankara, Abu looked Yinka in the eyes and for the first time in many years, tears filled his eyes.

(What happens next between Abu and Yinka? What did the future hold after NYSC? Find out in next week’s episode)