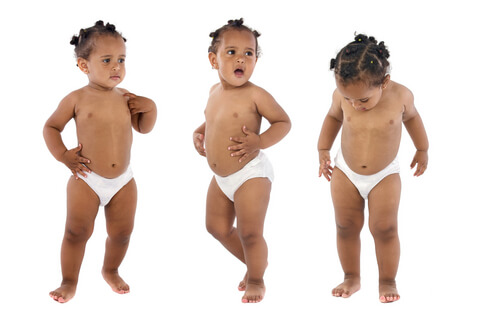 A tale of the triplets

Jude, Jeff and Jaime were born on the same day to the same mother, looked almost the same, grew in the same household yet they were vastly different as black is to white.

Jude was an incredible optimist. He was that man who believed that there was something good in every situation. He expected awesome things to happen for him and they did. He often joked that it was for him that the word ‘luck’ was invented. The man who was willing to live life to the fullest, take chances and learn from any mistakes whatsoever.

Jaime was the indifferent one. He took life as it came not expecting much, and therefore not receiving much too. Life was just one blah place and his indifference showed in the clothes he wore, the decisions he made, the friends he kept and the life he lived.

Jeff was a pessimist to the teeth. He had the knack for conjuring the worst possible outcome to every situation on earth and most times, when life responds to his negativity by bringing bad circumstances his way; he takes that to mean he was right.

Many situations had these brothers taking decisions differently thereby creating their current lives. Let’s take a look at some.

The brothers . Jude imagined and spoke excitedly about buying himself a G-Wagon because he loved that car. Jeff scoffed and told him to be realistic and cut his coat according to his size before declaring that even though he desired a car,

Outcome: Somehow, new deals came around and Jude won a contract that afforded him just enough to buy his G-Wagon. Jeff? He rides to work with Jude each day since they both work on the Island while Jaime manages their father’s rickety Corolla.

Jeff had a bad story to tell each time anyone tried to tell him about investment. So when the Money Market Fund idea was pitched to him and his brothers by their cousin, Jeff jumped up screaming scam!!! Jude the optimist decides to give it a try because he figured that if a lot of wealthy people were doing it, there had to be something about it, and he invested. Jaime was not even listening when the topic was being discussed despite being present.

Outcome: Jude kept on investing until he started ticking off his goals one by one. He bought a property in Lekki and started building his dream house. He also had enough to buy stocks and stash away for emergency. Jeff is still waiting for something bad to happen so he can say “I told you so” to Jude. And Jaime is indifferent about any additional income, managing the N120, 000 he has earned as salary for the past 4 years.

When Jude decided that he needed a career change and started applying for courses, Jeff advised him to stay where he was before things get worse in his new field. Jeff reminded him that the grass wasn’t greener on the other side but to Jude, the grass was actually sparkling green for him and he was willing to take the chance to prove it or at least learn from the experience.

Outcome: Two courses aced and several attempts at submitting resumes plus interviews later, Jude is off to Dubai to manage the Customer Service Department of AlMaed Khaleem Oil and Gas Company stationed there. Jeff still works with the bank – a job which he hates and complains about always but is not willing to take steps to move. Jaime remains stagnated doing the same old job and not bothered about growth.

These three brothers replicate three personalities that are available to us all for the choosing. Which of the brothers are you currently?